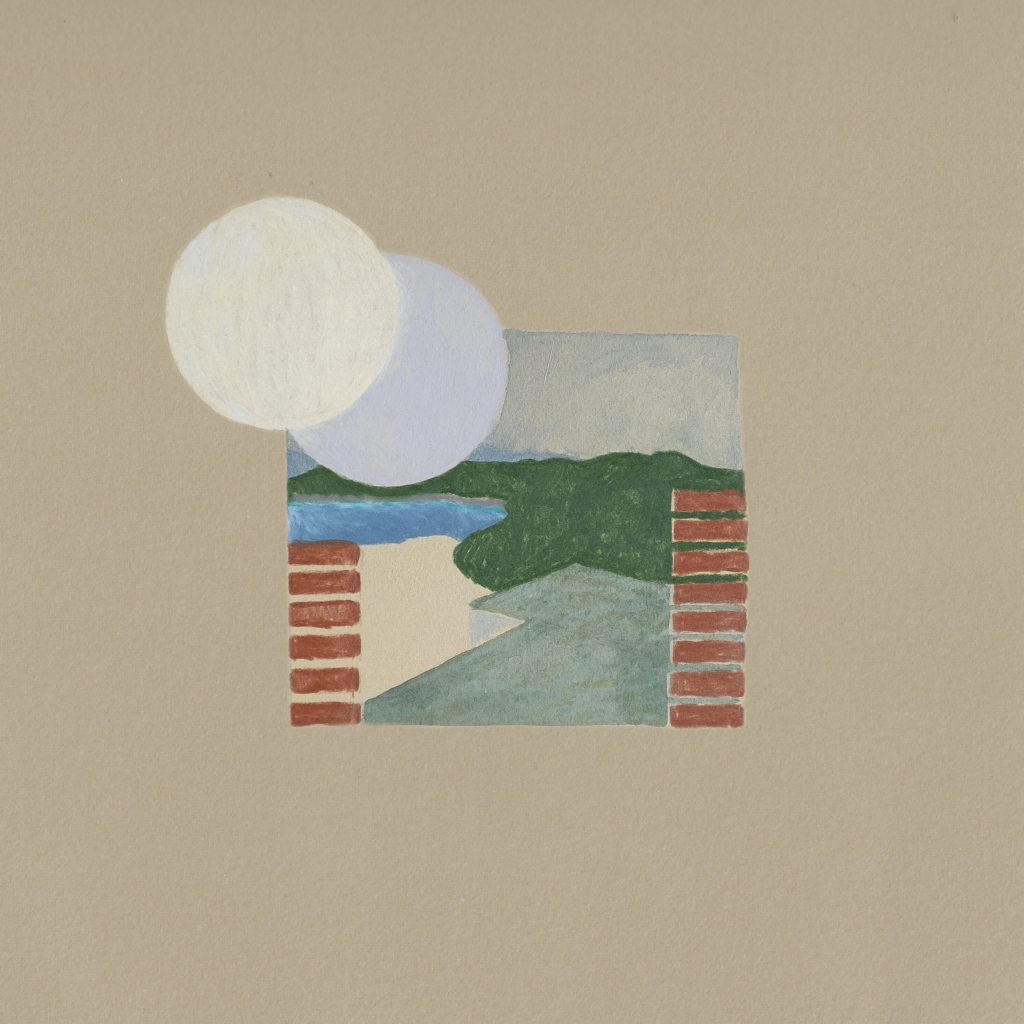 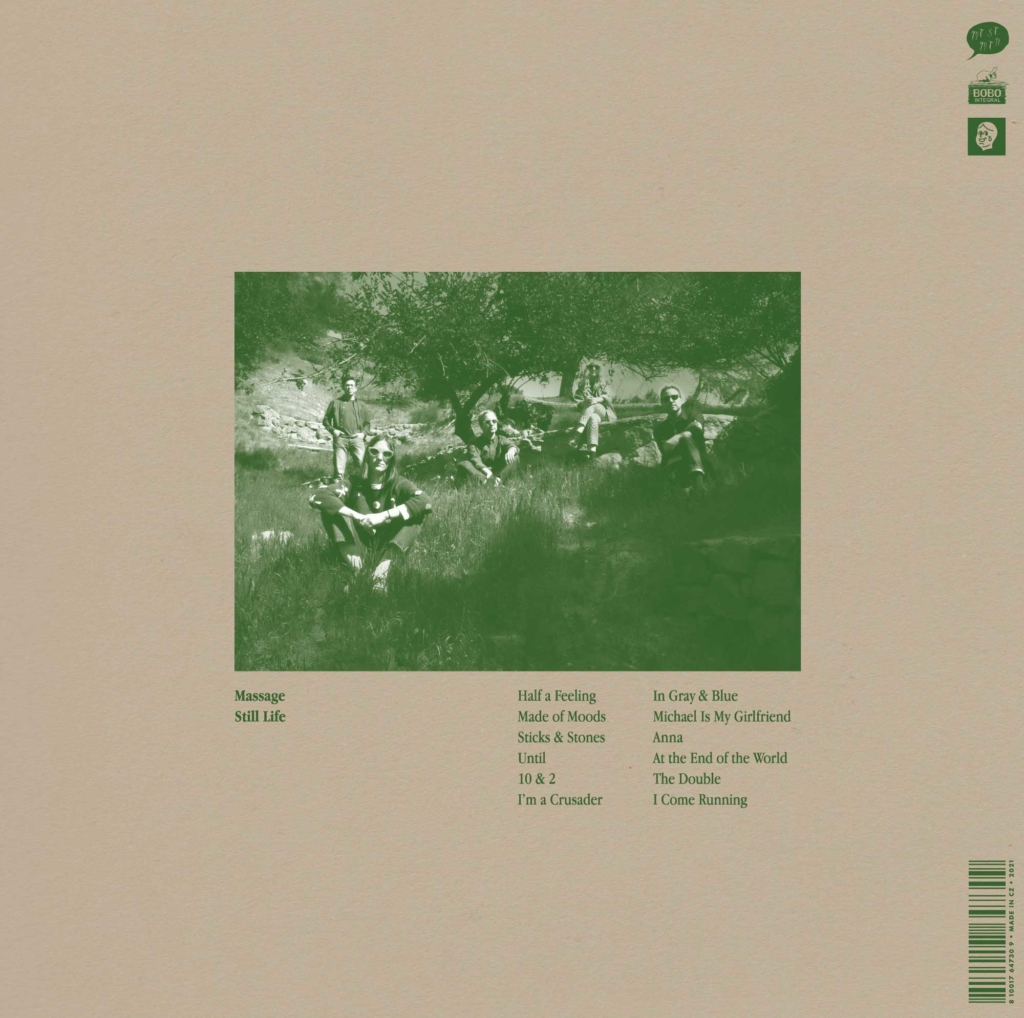 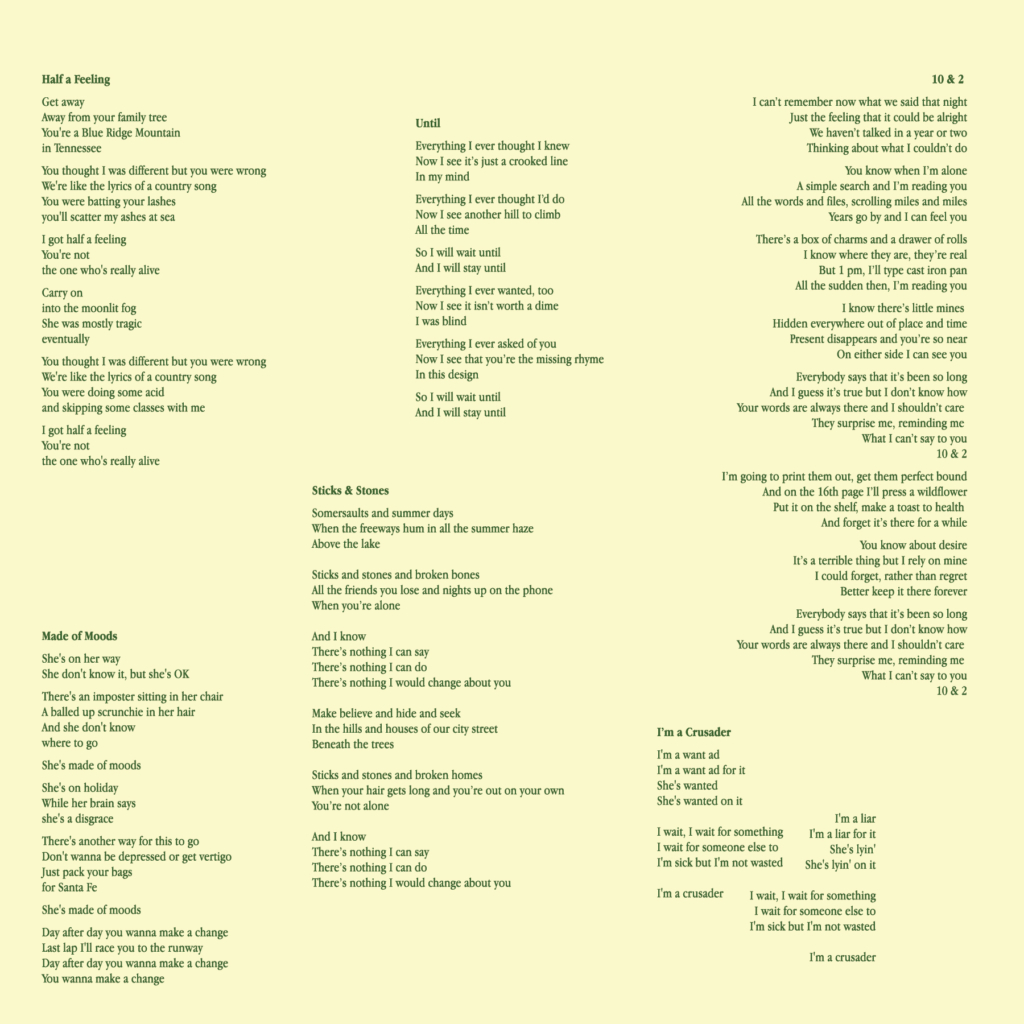 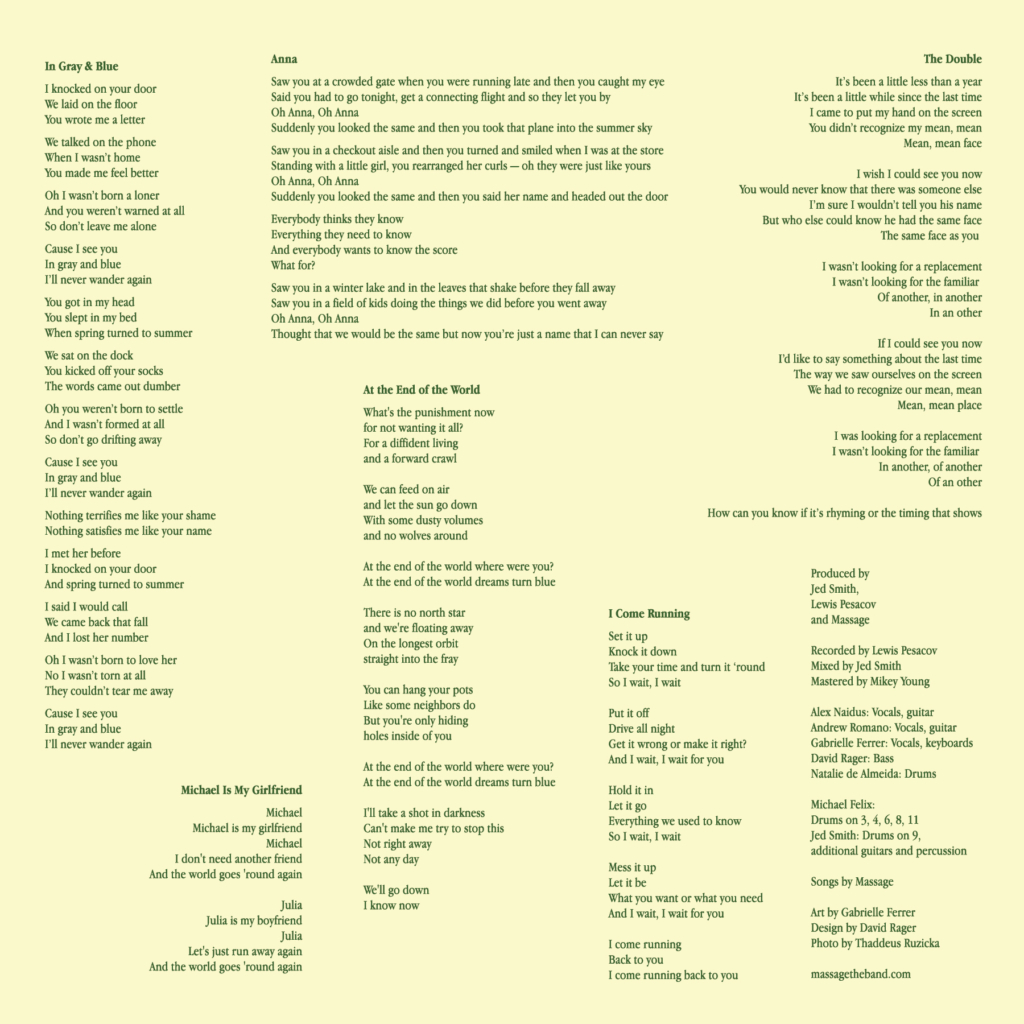 "half a feeling" video by Thaddeus Ruzicka

Michael Is My Girlfriend

At the End of the World 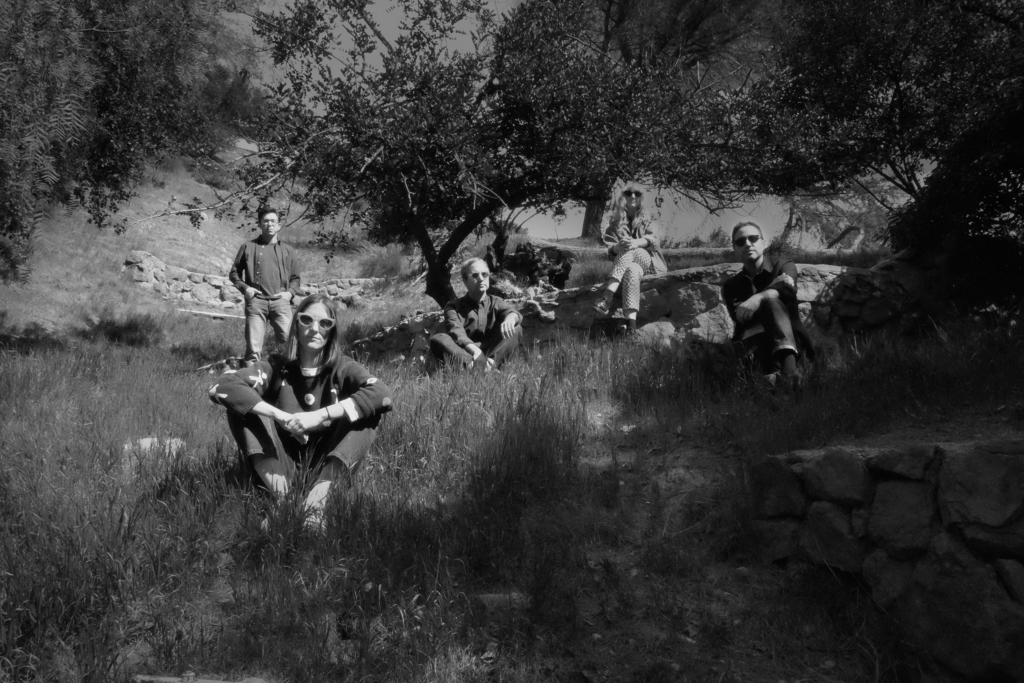 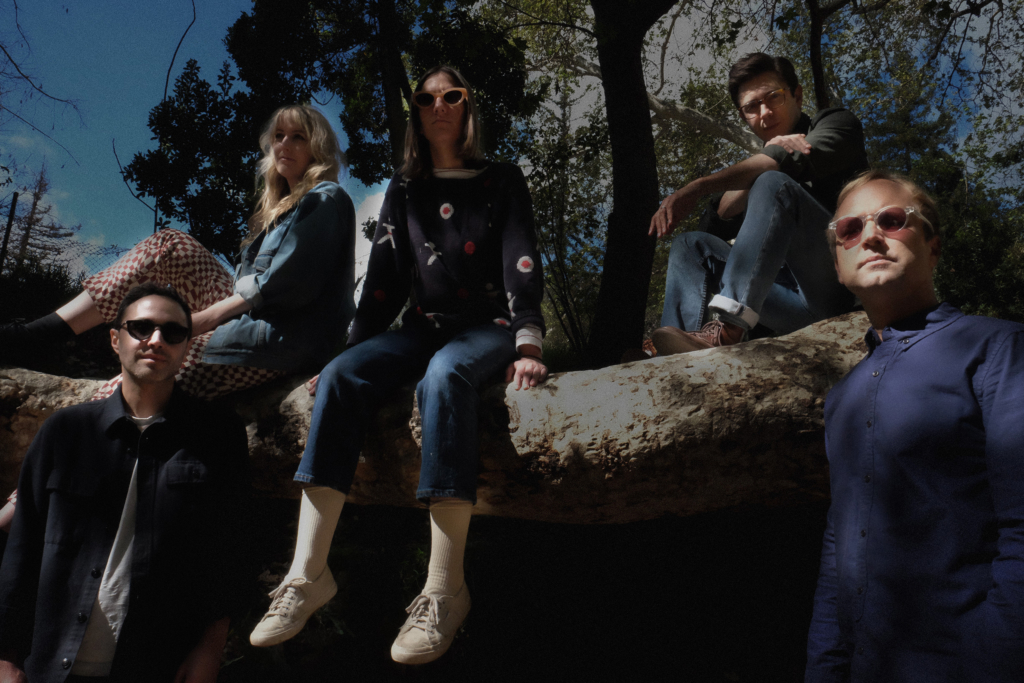 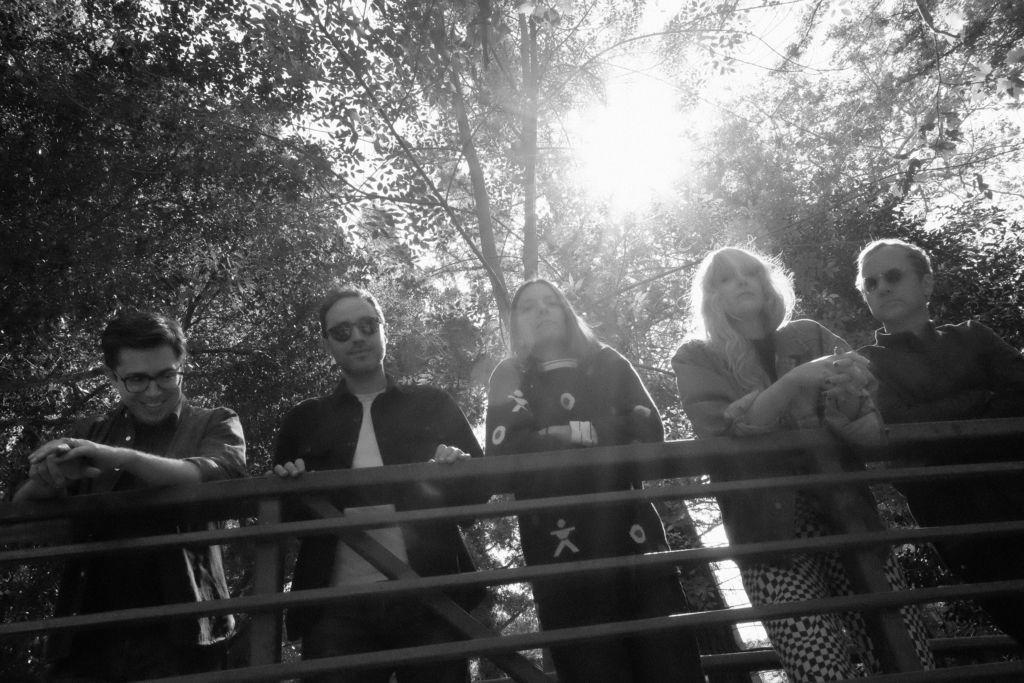 “Massage, an amazing California quintet, has emerged from that same fold in space-time, making songs like ‘Just Like Honey,’ ‘There She Goes,’ ‘Run,’ ‘Here’s Where the Story Ends’ & ‘Friday I’m in Love.’ Their record, ‘Still Life,’ is an absolute marvel. 4.5/5 stars”
– Célula Pop

“Tightens and refines the impulses that they had on their debut — rifling through Creation singles, Flying Nun’s more melodic end, and a scattered selection of bittersweet indie pop one-offs. [But] there are a dozen buzzed indie bands that might make their home in one or more of the sounds on Still Life and not be able to make ‘em land like this. … It’s hard to make indie pop capture a feeling of freshness, but Massage make it look easy.”
– Raven Sings the Blues

“Upbeat yet bittersweet pop music isn’t a new concept, but in the right hands it can be life-affirming. These five really seem to have a certain chemistry that simply can’t be faked.”
– Dagger Zine

“There is a very high attention to everything on this record, in the choruses, in the melodies, in the romanticism, in the citations of sacred giants of the past, in the use of voices, in the ability to move you with a light touch and the little details: I can’t find a single fault. THIS, FOR ME, IS THE TRUE INDIE-POP.
– Indie for Bunnies

“You might hear hints of New Zealand and Australian guitar pop, The Pains of Being Pure At Heart, The Jesus and Mary Chain, The Cure and many others. And you wouldn’t be wrong with any of them. But all it takes is one listen to decide that this isn’t a band imitating a list of worthies, it is a band that belongs on that list. …  Still Life truly is one of the guitar pop albums of the year.“
– When You Motor Away

“Full of music that combines the best elements of jangle pop and shoegaze. The guitars are bright and clear, and the vocals smooth and understated. Think 1990s Sarah Records or Slumberland … I remember and miss the days when there were more bands playing music like this. I’m glad some still are, and doing it well.”
– Jersey Beat

“Massage is the perfect band to serve as a soundtrack for the upcoming summer romances. The sense of authenticity is very strong on this album, pure and full of emotion — a record that, song after song, begs for our attention.”
– Man on the Moon

“One of the best new bands we’ve got.”
– Small Albums

“I mean, how many great songs can this band write?”
– Austin Town Hal

Massage was supposed to be low-stakes, no big deal—”anti-ambition,” as Andrew Romano, guitarist and vocalist, puts it. The L.A.-based jangle-pop group’s first album, 2018’s Oh Boy, was a sweet and simple weekend warrior’s affair, or more specifically, an every-other-Monday one, as the band members gathered to bash out songs that offered messy but heartfelt tribute to their chosen heroes: The Feelies, the Go-Betweens, Twerps, Flying Nun. For Romano, not taking things too seriously is a dead-serious affair: “Nothing kills the kind of music we want to make faster than the sense that a band is trying too hard,” he says.

The kind of music Massage makes—sunny, bittersweet, tender—is less a proper genre than a minor zip code nested within guitar pop. Take a little “There She Goes” by the La’s, some “If You Need Someone” by the Field Mice; the honey-drizzled guitars from The Cure’s “Friday I’m In Love,”  a Jesus & Mary Chain backbeat, and you’re almost all the way there. Indie pop, jangle pop, power pop—whatever you call it, pushing too hard scares the spirit right out of this sweet, diffident music, and Massage have a touch so light the songs seem to form spontaneously, like wry smiles.

Still, on their sophomore effort, Still Life, they manage to take a quantum leap forward in songwriting, production, and depth, all somehow without seeming to try. These 12 deft songs are full of late-summer sunlight and deep shadows, pained grins and shared jokes, shy declarations of love and quietly nursed heartbreak. Still Life resurrects a brief, romantic moment in the late-’80s, right after post-punk and immediately before alt-rock, when it seemed like any scrappy indie band might stumble across a hit.

When Andrew Romano and Alex Naidus first met in 2007, Naidus had just joined a band with his friends Kip Berman and Peggy Wang that was about to stumble into many of them. That band had a name—The Pains of Being Pure At Heart—and a few songs, but no drummer (in their earliest performances, they were accompanied by an iPod playing pre-recorded drum tracks.) When Naidus finally left Pains for L.A. in 2013, two hit albums and a few world tours later, he started playing with Romano to recapture the no-stakes, suburban-garage joy of making music for its own sake. It was “friendship incarnate,” Naidus remembers. The other members came from within the friend circle—Gabrielle Ferrer (keyboard/vocals) is Romano’s sister-in-law, Michael Felix (drums) is one of Naidus’ best friends, and David Rager (bass) is a childhood friend of Felix’s. When Felix moved to Mexico City in early 2020, Naidus’ wife, Natalie de Almeida, stepped in.

While the songs on Oh Boy were often written on the spot, in practice rooms, Still Life was more deliberate. Romano, Naidus, and Ferrer split the songwriting duties, sending each other demos by email, an arrangement that grew permanent when quarantine hit. The songs brought out competition, even if Romano teases Naidus for denying it. “I own it. I love it,” he says. “When Alex sent me ‘Made of Moods,’ I was blown away. I thought it was the best thing he’d ever written. I got jealous, so I immediately wrote ‘In Gray & Blue.’”

The result is the finest batch of songs they’ve ever produced. From Naidus’ velvet-lined JAMC tribute “Half A Feeling” to Ferrer’s Let It Be-era Replacements-tinged lament “The Double” to Romano’s “In Gray & Blue,” these are gold-standard indie-pop gems from emerging masters of the form. The lyrics are downcast, empathetic, and quiet, little sketched portraits of evanescent feelings. “I got half a feeling/you’re not the one who’s really alive,” Naidus sings on first single “Half A Feeling,” while overdriven guitar churns up dirt clouds and the do, do-do, POW drumbeat sends the song racing towards sunset. “At the end of the world/Where were you?” he wonders on “At the End or the World,” a simple, affecting plea for pure companionship and love as structures large and small crumble outside.

The band recorded Still Life with Lewis Pesacov (Fool’s Gold, Foreign Born, Peel’d), testing and teasing out new sounds at his intimate backyard studio in Echo Park. For mixing, Massage sent the songs to Jed Smith, an indie-pop auteur and lo-fi genius whose talent for recreating pretty much any conceivable songwriting or production era alone in his bedroom is the stuff of underground legend. Smith took the little flames these songs made and spread their glow wide enough to light a field. “What he did went way beyond mixing,” Naidus said. When they decided that the drums on “Anna” felt metronomic, not free or tumbling enough, Smith just sat down at the kit and played a new drum part—voila, now the song had the exact sloppy, headlong precision they desired. “We could tell him we wanted a song to feel more bright and crinkly—just like, two adjectives and maybe a band name,” Naidus laughs. “He would just run with that, and when we heard the song again it would have this perfect, winding new guitar countermelody in it. That was all Jed.” Romano concurs: “There’s no one whose sensibility I respect more.”

As a result of all this care and attention, Still Life glows with the sincerity and unfakeable warmth of the era they so lovingly channel. Like the best Gin Blossoms chorus you still remember, the songs on Still Life stir big, pure emotions, but uneasy truths about adulthood linger, just below the surface. Maybe the exact mix of ringing guitars and two-part harmonies can chase those feelings away, or redeem them, for at least a minute or three. Massage won’t stop trying.